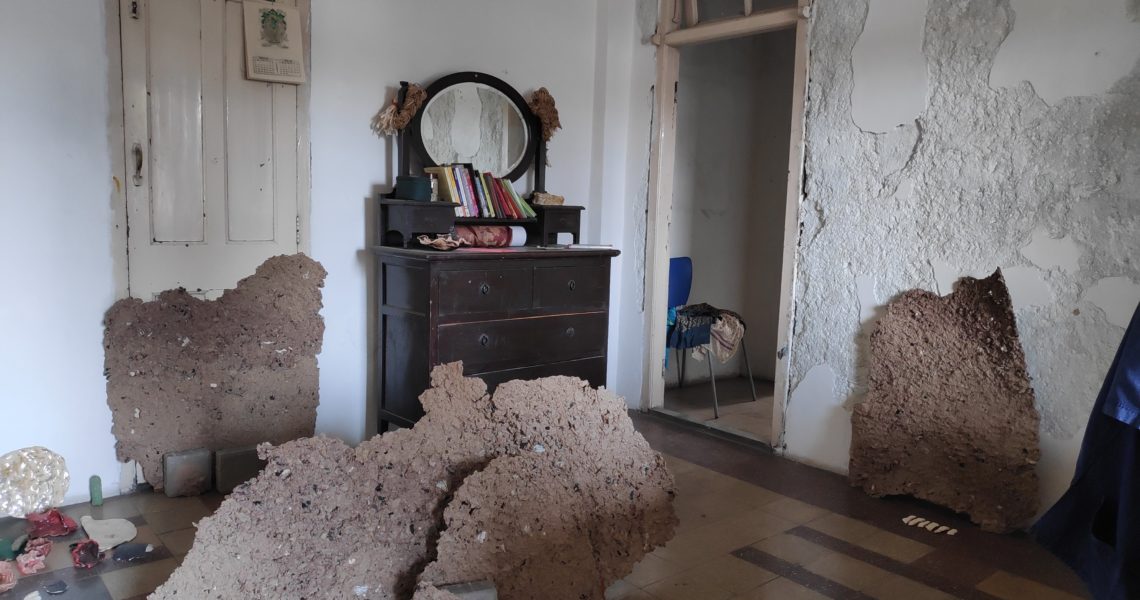 In this episode of Alt+Shift+Studio, artist Rajyashri Goody talks about the various sites and spaces that make up her studio. Rajyashri lays out an expanse of shared spaces in which her practice is situated, from international residencies to neighbourhoods, artist-run spaces, a government established paper factory, family archives and public libraries in Pune, India.

Rajyashri Goody lives and works in Pune. She completed her BA in Sociology from Fergusson College in Pune in 2011, and an MA in Visual Anthropology from the University of Manchester, UK, in 2013. Rajyashri’s art practice is informed by her background in the social sciences, as well as her Dalit roots. Through the use of various mediums, including writing, ceramics, photography, and installation, she attempts to decode and make visible instances of everyday power and resistance within Dalit communities in India. At present, she is developing a body of work around narratives of food, eating, and hunger in the Dalit experience, and its relationship to the act of writing and photo documentation. Rajyashri’s work has been exhibited in group shows across India, the UK, and the USA, and she has developed her practice through art residencies and fellowships in India, Taiwan, South Korea, Amsterdam, and the USA. In 2018, she was awarded the Emerging Artist of the Year by India Today Art Awards. In July 2018 she had a solo exhibition, ‘Eat With Great Delight’, at Clark House Initiative, Mumbai. Her selected group exhibitions include ‘Body Building’ at Ishara Art Foundation, Dubai (2019); ‘Within/Without’, Asia House, London (2018); ‘Working Practices’, The Showroom, London (2018).