Hurufis and the Materiality of Language: Shahzad Bashir with Slavs and Tatars 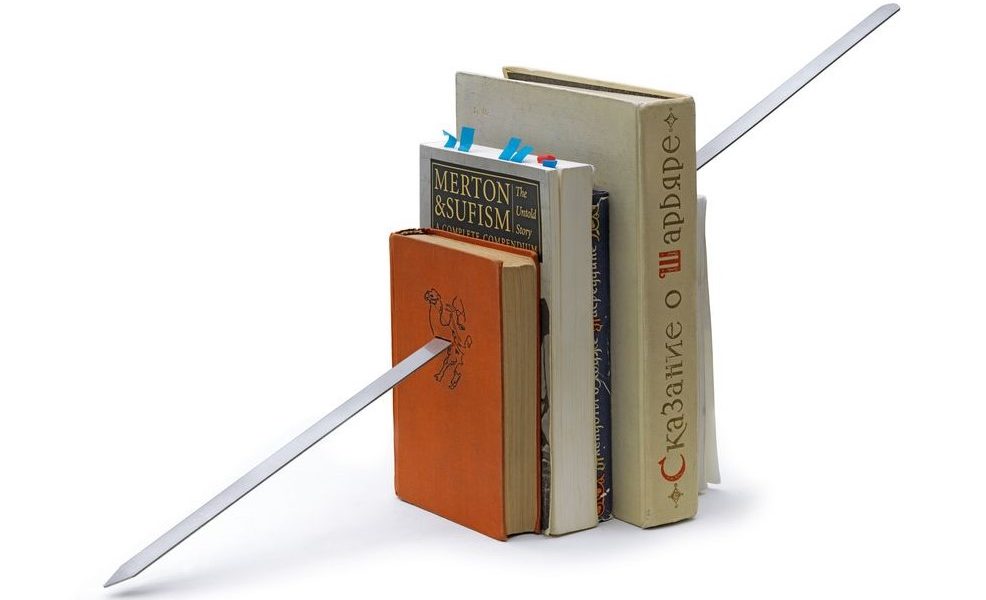 Registration: No event registration required. The event will be accessible directly via the link below.
Link to attend event: https://us02web.zoom.us/j/82365007611?pwd=M1lWbDVBZjNUdCs5TUIyWDZBNndsUT09

Hurufis and the Materiality of Language is a presentation by Shahzad Bashir, scholar of Islamic Humanities, followed by a discussion with Slavs and Tatars on the history of Hurufism and the possibilities that open when language is regarded beyond a transactional, analytical and heuristic tool. Tracing its genealogy back to the work of Fazlallah Astarabadi (d. 1394) and his followers, Bashir expands on how Hurufis perceived language as being simultaneously bounded and infinite. The boundedness, according to them, came from the way materialized sounds and physical shapes turned into letters to communicate meaning. The Hurufis claimed that ultimate meanings lay beyond what was made of sounds and letters when these articulated conventional languages. Rather, the sounds and shapes were themselves repositories of infinite wisdom, communicating the way God had articulated the world. Ordinary humans apprehended sounds and letters in diluted forms in conventional languages, while the Hurufis felt they had access to a divine metalanguage.
The Hurufi approach opened linguistic expression to meanings far beyond conventional interpretation, resulting in inexhaustible creativity that simultaneously posed a threat to systems of religious and political authority. Bashir and Slavs and Tatars discuss the bases and the implications of Hurufi ideas, noting their generative quality that has inspired people over the centuries.

This event is presented in the context of ‘Reading in Tongues’, a four-part virtual programme organised in partnership with Colomboscope as part of the festival’s seventh edition Language is Migrant. For more information, click here.

Shahzad Bashir
Shahzad Bashir (b.1968) is Aga Khan Professor of Islamic Humanities at Brown University in Providence, Rhode Island, United States. He specializes in the intellectual and social history of Iran and Central and South Asia. He has published widely on topics in Sufi and Shi’i studies and theoretical issues pertaining to Islamic history. His forthcoming publications include The Market in Poetry in the Persian World in Cambridge Elements The Global Middle Ages (Cambridge University Press, 2021) and the digital monograph A New Vision of Islamic Pasts and Futures (MIT Press, 2022).

Slavs and Tatars
Slavs and Tatars is an internationally renowned art collective devoted to an area East of the former Berlin Wall and West of the Great Wall of China known as Eurasia. Since its inception in 2006, the collective has shown a keen grasp of polemical issues in society, clearing new paths for contemporary discourse via a wholly idiosyncratic form of knowledge production: including popular culture, spiritual and esoteric traditions, oral histories, modern myths, as well as scholarly research. The collective’s practice is based on three activities: exhibitions, publications, and lecture-performances. Their work has been the subject of solo exhibitions at the Museum of Modern Art, NY; Salt, Istanbul; Vienna Secession, Kunsthalle Zurich and Albertinum, Dresden, among others. Slavs and Tatars has published more than ten books to date, including Wripped Scripped (Hatje Cantz, 2018) on language politics; as well as a translation of the legendary Azerbaijani satirical periodical Molla Nasreddin (currently in its 2nd edition with I.B Tauris, 2017). The artists work across cycles, where extended periods of research give life to an eco-system of installations, sculptures, lectures, and printed matter that question our understanding of language, ritual and identity. Imbued with humor and a generosity of spirit, their work commonly blends pop visuals with esoteric traditions, oral rituals with scholarly analysis in a way that challenges our often times one-dimensional way of seeing relationships between science, religion, power, and identity. In addition to launching a residency and mentorship program for young professionals from their region, Slavs and Tatars recently opened Pickle Bar, a slavic aperitivo bar-cum-project space a few doors down from their studio in Moabit.